Google then vs Google Now

Has Google really grown that much since 2003?

I was recently browsing through old emails – and I mean old, 2003 to be exact – when I found an email from my old boss. The subject was “Google Rules…” and it included some stats on search engine market share.

It put Google at an impressive 54.7% of market share. At the time, we were quite surprised. How could one company dominate an area that was still very new and “up-and-coming”?

They were competing with the likes of Yahoo, MSN and AOL. MSN were grabbing market share with their aggressive hotmail.com roll out, while AOL’s barrage of floppy disks pre-loaded with their proprietary software was being sent to everyone and anyone.

It’s important to note that SEO back in this “golden age” was all about how many keywords you could stuff into your page and the number of link exchanges you could pull off. Sometimes, this even meant removing the reciprocal link you had to place to even get the link in the first place.

Here’s just how big Google’s slice of the pie was back then.

If we fast-forward to August 2017 and look at statistics from NetMarketShare, Google has blown out to an impressive 81% market share in the search game. It’s taken them 14 years to make up another 25%.

So, despite their expansion into pretty much every part of our lives, they’ve only grown 25% of what they already had. Yahoo is sitting at nearly 5% and AOL has dropped to a measly 0.04% (obviously the floppy disk spam flopped).

And while none of us is even remotely surprised at the growth and domination, we should reflect that a similar report from WordTracker.com in 2002 showed Google had 35.11% market share. I think we all should be looking at what Google did over a decade ago, and not what they are doing now. 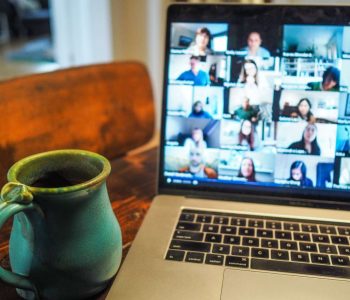